7 Designers from Across the World Reveal their Favorite Web Tools

As a London-based startup helping other startups and SMEs find and compare online tools, some of our most engaged users are designers – ‘Design and Multimedia’ being one of the popular categories in our platform. We wanted to identify which web apps are currently being used by designers to improve their productivity and get some insight on how these tools are impacting their industry. We contacted seven graphic designers based in different locations around the globe, and we are excited to share with you the favorite web tools they’ve shared with us.

Terrence grew up in Empangeni, a small town on the north-eastern coast of South Africa. From nature to riding his BMX in the local park Terrance became aware – as he declares, that beauty and art can be found everywhere. His first job was as a ‘web designer’ shortly after leaving school. He then spent a few years exploring the UK and went back to South Africa to work with his father as an architectural draughtsman. That experience was the trampoline to his freelance career. Terrence is now a freelance designer for Ranga Media, an ecosystem of talents working together without restrictions of time and place. He works for a wide variety of clients, ranging from auctioneers and sportsmen to mobile and web apps. 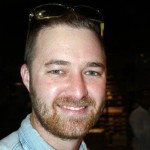 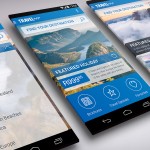 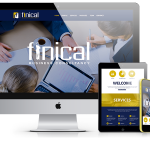 According to Our man in Cape Town, the city is considered the design hub of the country: “With Cape Town positioning itself as a city of innovation, inspiration and creativity, design is becoming a financially thriving industry”.

Enough of nature and sun for now and let’s get down to business. WordPress and Joomla are the web applications that Terrence and his partner Duncan Prince use to create most of their websites. To ‘meet’ with clients and communicate to other freelancers they use Skype and Google Hangouts. File sharing at the Ranga ecosystem is done through Dropbox and Google Drive, but most of their files travel on We Transfer: ‘It’s great! Free, easy to use, it tracks your downloads and notifies you if the client has seen and downloaded the file’. To reduce the size of images on a site, they use and recommend PicResize. And before we are done, a South African Scoop: Scarlet, a Live Design Environment that -according to Terrence, is going to change thcfe way designers create websites.

“Web apps are good for the industry in the sense that they are making our lives a lot easier, with new and improved tools and methods to get things done quickly and smartly. On the negative side, they sometimes allow inexperienced designers to create easy websites and charge clients ridiculous amounts. Without sufficient consumer education, clients aren’t aware of their options”.

Paloma is a Spanish freelance art director and designer based in Madrid. She specialises in branding, editorial and web projects for different clients around the world. According to Paloma, the industry in Spain is not fully recognized and she often finds herself trying to highlight the benefits of hiring designers. She identifies Madrid and Barcelona as the Spanish centres for the creative industry. 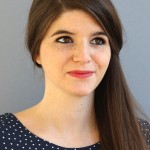 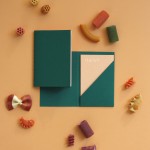 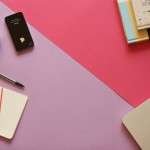 Let’s see what web tools can be found in her purse. Behance has helped her find jobs, share her work and connect with colleagues. To keep up with new trends and training she uses SkillShare and General Assembly. For website development she doesn’t hesitate to point out Squarespace as her favourite, having tried and discharged Cargo Collective for offering ‘not flexible enough’ templates. This young Spanish designer uses other tools for specific projects: Typekit as a font library, MailChimp to launch newsletters, and PayPal to get some of her payments.

“These tools are helping designers become more brilliant everyday. I am in love with the internet! Though it can sometimes be hard to keep up”.

The British representatives are Alex Vissaridis and Sam Ailey. Both based in London, these young designers share a common view on one thing: London is a huge hub for the creative industry, where the majority of the creative jobs are based.

Sam graduated from Nottingham Trent University earning a degree in Graphic Design. He works for Hexjam and freelances for other creative projects as well. 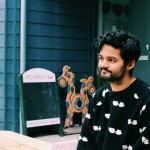 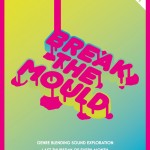 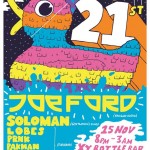 On Sam’s menu we can find Asana and Google Drive for project management, and Slack and Evernote for both personal and collaborative projects. Sam finds Pocket a bit clunky and forgetful and he thinks Asana only really works if everyone on the team updates status and document their progress.

“The more apps we can create to reduce the necessity of a physical office and real life phone calls, the better. The new wave of creatives are more comfortable working across IM than having daily meetings”.

Alex studied Graphic and Communications Design at the University of Leeds. As a designer he looks after Student Beans, he is an art director at ShellsuitZombie and a founder at Castle Magazine. 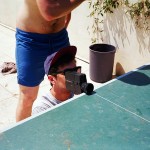 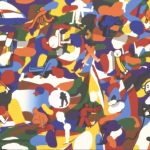 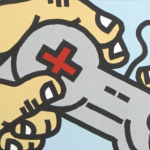 “Slack and Asana are on constantly. They make management and discussion around projects flow a lot more smoothly and efficiently”.

Ramiro Perez owns a graphic design studio in Buenos Aires, Argentina. He earned a degree in Graphic Design from UBA University and began his career in advertising, he has now been directing his own studio for over 20 years. He works with two assistants and an admin, serving SMEs, Corporate and Government accounts. 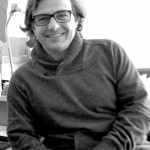 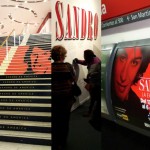 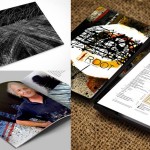 At Perez Disenio they Slack to keep up with each other, and use WordPress on an everyday basis. Though not entirely comfortable with integrating tools, they use Evernote keeping a wary eye on it. As described by Ramiro, the Graphic design industry in Argentina is pegged to the economy, which fluctuates according to the political situation. This results in momentums, and constant change in rules.

“Democratization is formidable: these tools are now available for anyone. However, its major drawback is the decrease in professionalisation. Clients have access to these tools and think that’s all they need to design. Universities have a major role in this issue”.

With a background in Sociology, Carolina is a Masters student in Graphic Design Glasgow School of Arts. Having worked as a junior graphic and web designer in Istanbul for an advertising agency, she is now based in Scotland and freelancing alongside her studies. This young Basque designer is happy to be part of the creative community of Glasgow, a low-profile & avant-garde environment – as she describes it. 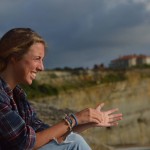 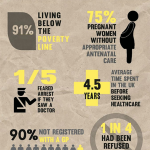 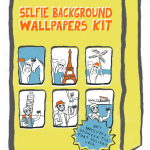 When interviewed for this post, Carolina stressed that she prefers working with desktop apps. However, following colleagues’ recommendations she has added to her ‘Mary Poppins’ bag some interesting web app tools: Cargo Collective for web design, Adobe Color CC for color research, Dropbox & Wetransfer for exchanging files, Flickr & Shutterstock for sourcing images, and WordPress for web design and blog editing. As for Image Creating tools, Carolina believes nothing should ever replace pen and paper, though illustrations can be digitally rendered later on for a more professional look.

“I believe Web Apps contribute to democratization of design, and have a positive impact in the Client / Designer relation. They also empower designers, benefiting the industry. However, designers should not rely exclusively on them in the process of design”.

Originally from Brazil, Priscila has been living and working in New York City as a Senior Graphic Designer/Art Director for over two years now. As a member of a team of creative professionals at Brooklyn she has worked on several projects for renowned companies such as InterContinental Hotels Group, Subway and Radio City Music Hall. As a freelancer on the side of her full-time job she has worked for Coca-Cola North America and Fuze Television. Priscila spots a trend in the NYC creative industry: This giant commercial marketplace is seeing more and more designers go solo, down the path of entrepreneurship. 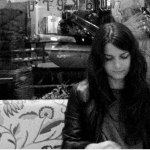 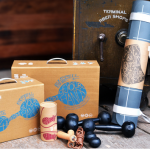 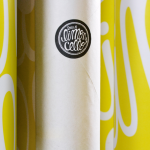 This young Brazilian designer focuses on her creative process and doesn’t want to be rushed. She has tried and dropped Pomodoro, and finds iCloud, Google Docs and Dropbox great to share documents and easy to use. Mint is her favourite financial application.

“Any tool that helps designers improve their productivity is great. This way we can save time on operational activities and focus on the creative side of projects”.

Different voices have been expressed in this post. We only hope you found them interesting and constructive. As a startup dedicated to the SaaS industry our interest is in Web Tools specifically. Even though some of the tools mentioned above might not classify exactly as SaaS products, we’ve decided to include them as we think you mind find them useful. All the SaaS tools in this post that match our criteria are listed on our platform. Visit Crozdesk.com to check their reviews and see how they rank. 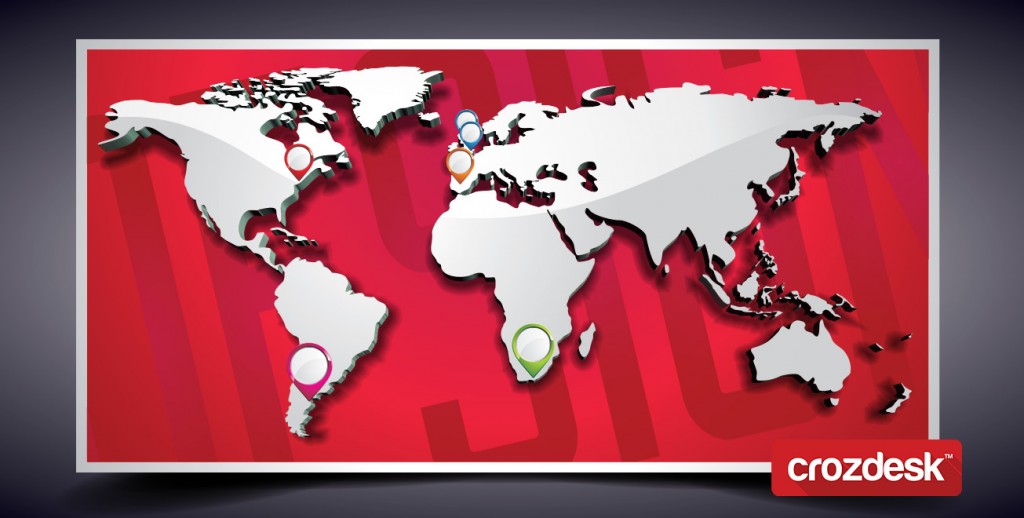