This post is intended as an informative article designed to showcase a clever solution to one of today’s growth hacking challenges: growing a Twitter audience quickly and effortlessly. While we don’t condone this approach, it is known to work quite well. As always we recommend that you use such methods responsibly and avoid spamming or similar activities!

There can be no doubt that Twitter is a potential goldmine of free PR for businesses, yet gaining followers can be a slow process. It is possible to expand your Twitter following simply by finding and following other users who share a mutual interest, field of expertise or industry sector. Providing you have common ground, chances are those you follow will follow you back and your twitter following will grow. Naturally, this manual method of following people is time-intensive and it makes sense to try and automate the process.

Although unlikely to win any prizes for its memorable name, the JavaScript Automation method allows users to quickly follow and unfollow large numbers of people on Twitter. To set up the script, open a new bookmark in your browser’s bookmarks toolbar and label this new bookmark something along the lines of “FollowUnfollowScript”. Having done this, paste in the following script in the URL section of the new bookmark: 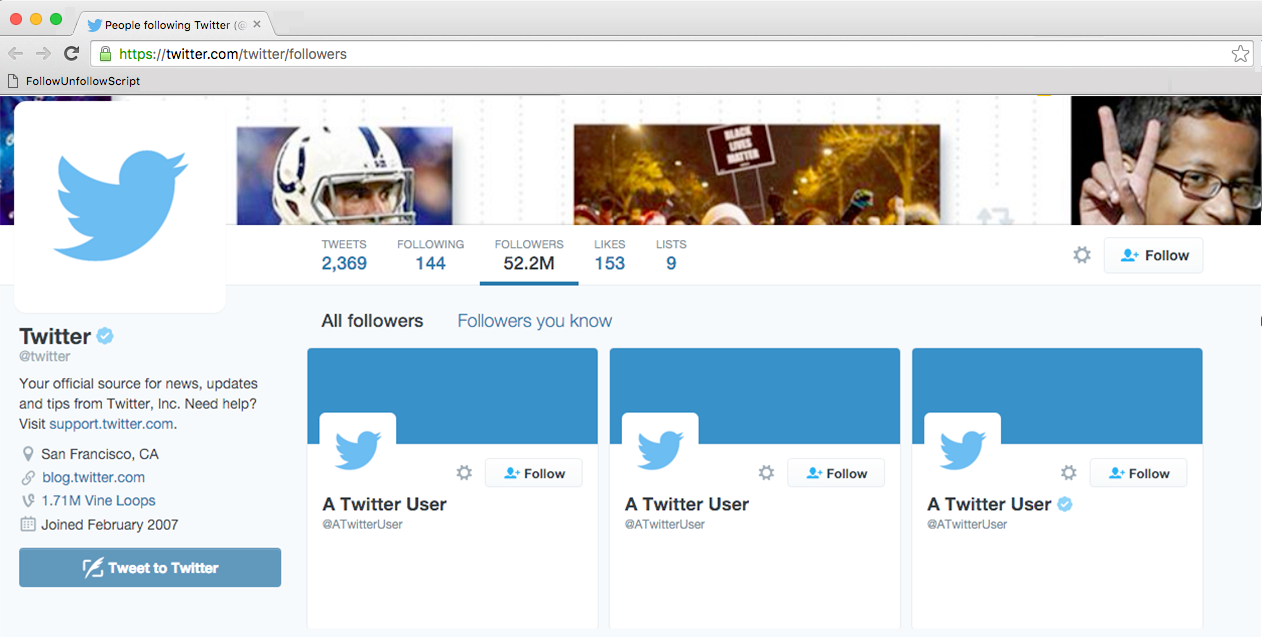 It is also possible to unfollow users with this script, simply open the list of users that you are currently following and click the bookmark; this time, the bookmark will simulate the clicking of each unfollow button.

If you’re not familiar with Crowdfire, it’s a tool designed for growing your follower base on Twitter; for more on how to use it, check out our review of Crowdfire. 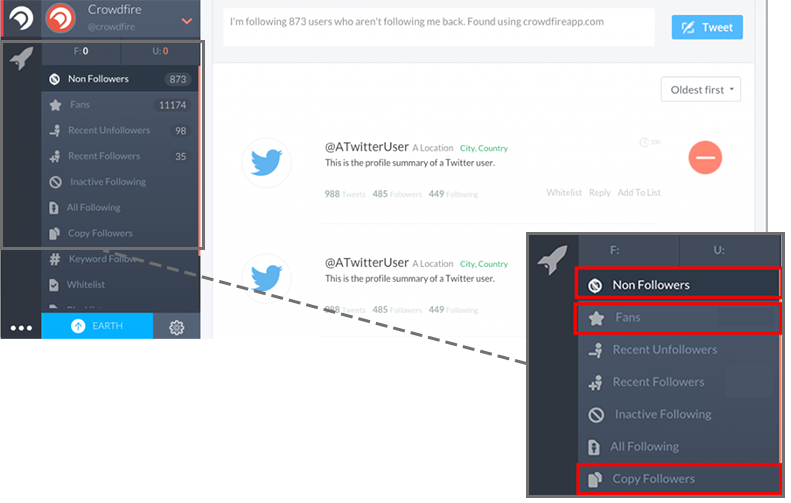 Crowdfire segments the Twitter users associated with a connected Twitter account into lists, allowing you to add or remove the users from these lists. Crowdfire can be used manually, by individually clicking the follow or unfollow button next to each follower in a list, however, once again, this is a time consuming way of growing your followers.

As with the Twitter JavaScript Automation method, there is a way of speeding up the process of adding followers with Crowdfire, using a line of JavaScript. To activate this method, simply open a new bookmark in your web browser and label it “CrowdfireFollowUnfollowScript.” 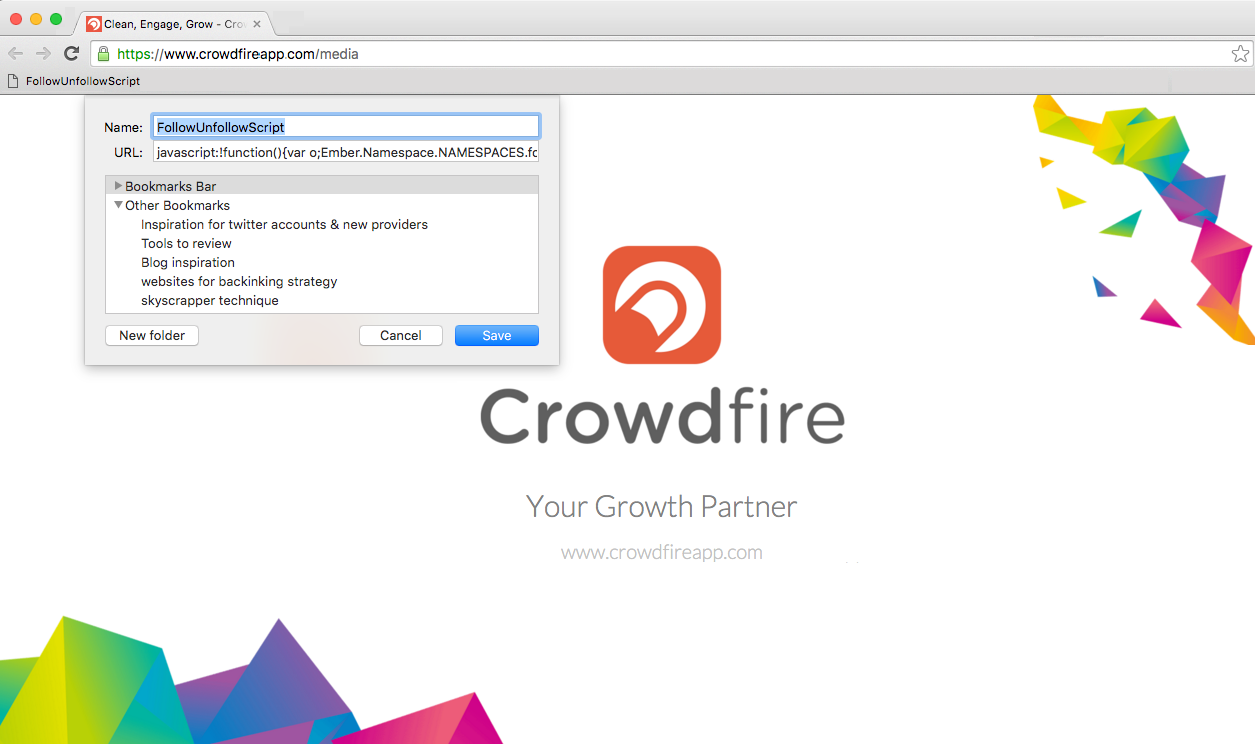 
——EDIT——
Crowdfire recently changed their interface. The above script only works for older accounts and interfaces. If you have signed up recently use the script below instead.

To begin adding people, open Crowdfire’s Copy Followers tab and enter the handle of one of your competitors or someone with a similar target audience to yours. Once Crowdfire has loaded the list of followers associated with that handle, click the CrowdfireFollowUnfollowScript and the bookmark will begin to automatically follow these users.

A red error message will appear when you have reached your follower limit. While Crowdfire does offer a free package, it limits the amount of users you can follow and unfollow to 100. To get around this, you can sign up to the $9.99 plan, as a minimum, which allows you to follow and unfollow a maximum of 1000 users per 24 hour period (as per the Twitter limit).

If this message appears and you haven’t yet followed 1000 people, then this will be happening because the script has added too many people too quickly; you can get round this by refreshing the page and re-activating the script.

Crowdfire displays your non-followers in a list, something which Twitter does not do. Simply activate the script to unfollow up to 1000 users. 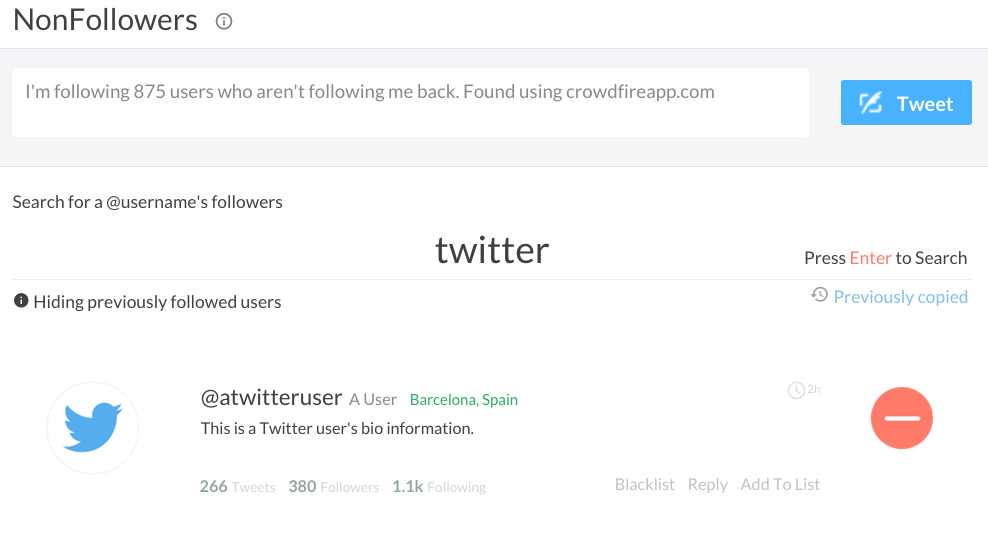 Usefully, Crowdfire includes a DM automation function, allowing users to automatically Direct Message anyone who follows their account. This can be highly useful for businesses wishing to promote a product or website to new followers.

An effective approach might be to follow 1000 people a day and unfollow non-followers every couple of days, so that your non-follower levels stay at around 1000. It is also advisable to stagger your following and unfollowing sessions, in order to allow users time to choose whether or not to follow you back. You will find that if you are regularly following 1000 people a day, you should accrue 1000 non-followers in the space of a couple of days, depending on how popular you are

The 2-approaches described above can help you grow your audience quickly and drum up interest for your business through automated DMs (Crowdfire). Both methods take less than 5 min a day and can be tailored to the exact audience you wish to attract. By copying followers of your competitors or accounts who attract users with similar interest to your own desired audience, this doesn’t just inflate your stats, but helps you reach a lot of potential customers in short periods of time.

Twitter isn’t a fan of automation, but since the scripts simply simulate clicks in the browser it isn’t easily detectible. So be careful, as we can’t be held responsible if you take this too far and the twit hits the fan!

Startup Hacks Series – Aimed at businesses of all sizes, digital marketers and anyone else looking to increase the profile of their organisation online, our startup hacks series aims to provide a resource of tools, tips and hacks designed to make the task of online marketing a little easier. 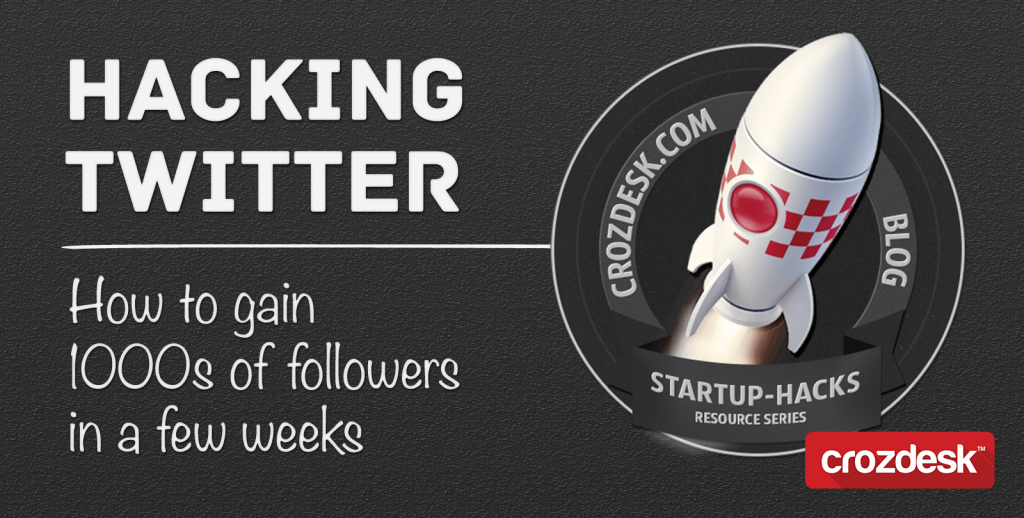