These two European cities have made their way to the top ten in the 2015 Global Startup Ecosystem Ranking. 3 years after releasing their last report, Compass – a San Francisco-based company that provides reporting and benchmarking software to startups around the world, has launched this Startup Ranking. In comparison to their last Report, Compass has improved the scoring and ranking methodology, with a much larger set of data and the development of a mathematical model. The report is based on five components: Performance, funding, talent, market reach and startup experience.

The ‘Silicon Roundabout’ – London’s hub for the startup industry, and the ‘German Silicon Valley’ in Berlin should be having a joint celebration for having come up through the ranks. According to the report, London – ranking 6th out of 20 cities, is the best ranked European city, whereas Berlin – ranking 9th, has the highest growth index rate of them all.

The report features a series of key findings that we have summarized in three spheres:

With 37% of all funding rounds in the top 20 ecosystems having at least one investor from another ecosystem, they have become more interconnected. On top of this, foreign employees are slowly populating startups pushing international teams to reach 29% on average.

The startup industry as a whole is growing at a fast pace. Across the top 20 ecosystems:

The report reflects Christian Hernandez Gallardo views on the London startup scene, and the ideas anticipated by Stephen Evans in his Berlin related article.  As a London-based cloud services platform helping companies and individuals find and compare the best online tools for virtually any purpose, we want to congratulate our colleagues. 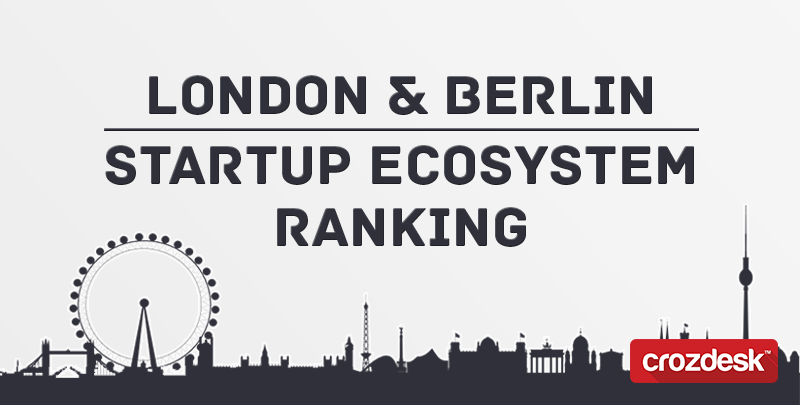